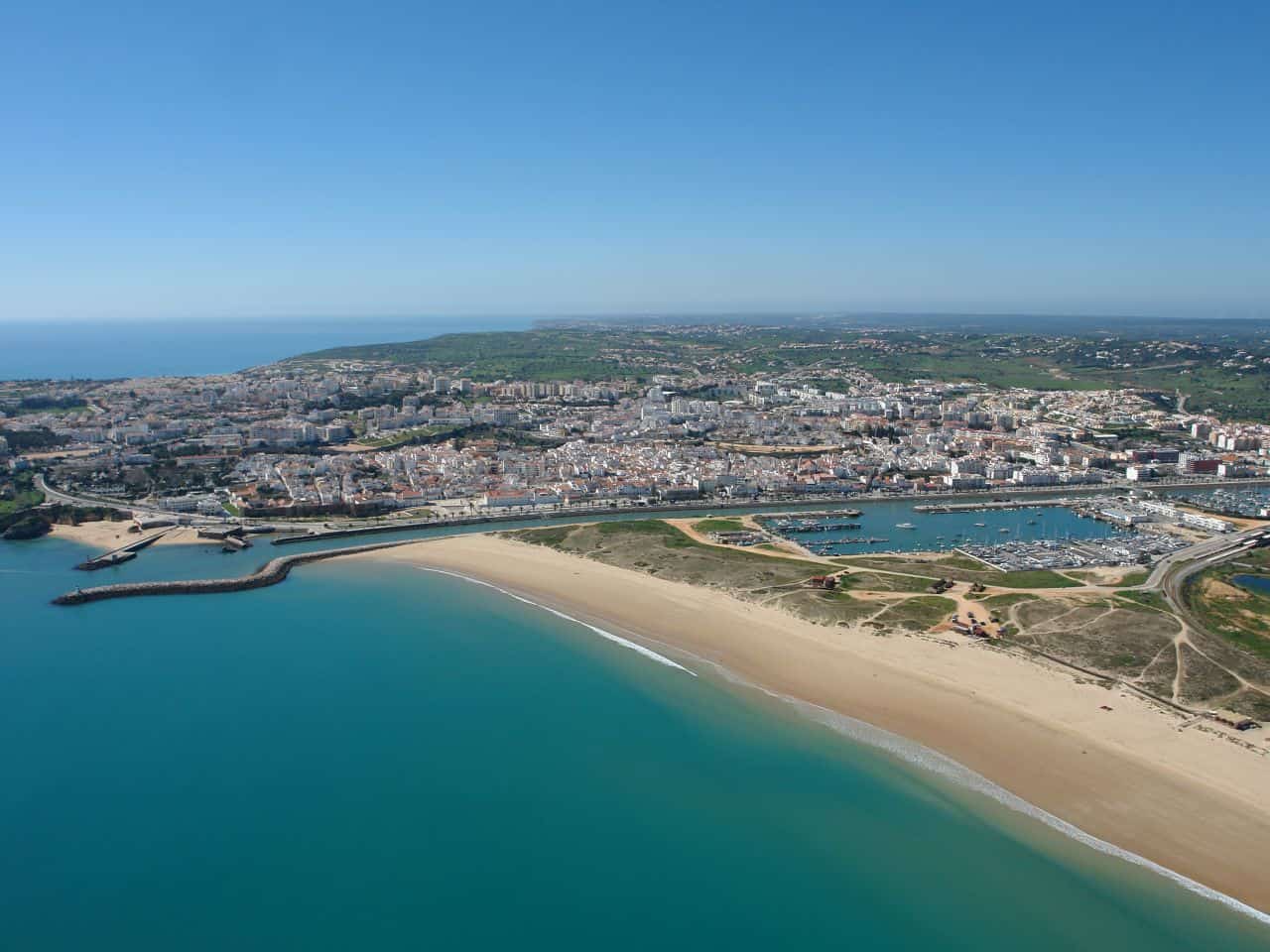 Lagos, located on the Algarve coast, has long been known for its picturesque beaches and historic sites, however, the mayor of Lagos has grand plans for the municipality to help improve the area for residents and visitors alike.

Every year, Lagos receives tourists from countries around the world, but it is during the summer that the flow of people is greater and gives life to the city. In an interview with The Portugal News, the President of Lagos Câmara, Hugo Pereira, said “Lagos simply has everything.” From gastronomy, with “magnificent” restaurants and regional sweets, to the range of activities including water sports and golf on one of the three golf courses in the municipality, Lagos offers something for everyone. Surfers from around the globe flock to the beaches of Lagos to find some fun in the waves and Lagos is also one of the places with the most surf schools in the Algarve. There is also the option for historic tourism, which is noticeable when strolling through the historic centre of the city where you can view and learn about the importance of the city during the time of the Discoveries.

During the low season, the city receives a large number of caravanners and the municipality is developing strategies aimed at addressing the needs for parking these types of vehicles in areas designed specifically for this purpose. Also, according to the mayor, the construction of areas intended for caravans has the potential to boost trade for small businesses in the local area.

The beauty of the Lagos coastline is appreciated by many. From the sands of Praia da Dona Ana to areas with rocky relief, in Ponta da Piedade, which, according to Hugo Pereira, has already received works for access. Furthermore, the municipality plans to build “unique” trails and viewpoints so that visitors can enjoy the sunrise or sunset in this unique area.

However, the municipality does not intend only to carry out works in Ponta da Piedade. Although due to the Covid-19 pandemic, some works were temporarily stopped, when the state lifted the mandatory quarantine, the activities were resumed. The planned works include the rehabilitation of spaces such as Roman ruins of Luz, the walls of Lagos, and the riverfront of Meia Praia. The EB 2,3 schools will have their area increased to respond to the need for new classrooms, as well as a new Primary School and crèche to be constructed in Luz. Some projects will focus on sanitation and in the supply of public waters, while the municipality also intends to improve the access to the beaches, with the improvement of roads, mainly on the roads to Praia da Luz and Meia Praia, to requalify the entire coastal front of the municipality.

On the social front, Hugo Pereira told The Portugal News, that the municipality has demanded that the ARS Algarve and the Ministry of Health move Lagos’ Hospital to another area. The president says that this “is an anchor project” and a space that will be used not only by Lagos residents but also by people from other areas, such as Vila do Bispo and Aljezur. Municipal housing projects are also in the pipeline, with a project for the creation of 100 housing units currently being evaluated.

On the business side, Lagos municipality is encouraging entrepreneurship while supporting companies and start-ups through various projects. Examples of this include the Investalgarve network, the creation of an Espaço Empresa counter, and the enhancement of business areas and the entrepreneurial dynamics created with several local, regional, and national stakeholders.

The current context of the new coronavirus pandemic, as in the rest of the world, has undoubtedly affected the municipality. According to Hugo Pereira, the work of the municipality has never stopped and they have been offering the population many ways to deal with the pandemic and the quarantine. According to the mayor, Lagos was one of the first municipalities in the country to close access to the beaches, during the period of mandatory confinement, due to some “abuses” by the citizens who, to avoid staying at home, turned beaches into “a place of concentration”, leading to the beaches then being closed to the public to help prevent the spread of the virus.

In addition to following the rules imposed by the national health authorities, the municipality also created some social and economic support measures. The council facilities were closed, however, the staff continued to carry out their work, providing support to the population.

Once the mandatory lockdown was over, social media reported an illegal party in the municipality of Lagos, which turned out to be one of the biggest outbreaks in the region. According to the president, the response to the problem was positive and Lagos, at the time of going to press, has only nine active cases of Covid-19. Hugo Pereira admits that “the Odiáxere party should not have happened, however, if there had been no efficient action [the results] could have been worse.”

The number of foreign residents within the Lagos community is considerable, with the majority being British according to Hugo Pereira who stated his gratitude to the community for being participative citizens and in particular for the charitable work and initiatives undertaken by the foreign community.

Regarding the environment, Hugo Pereira said that the municipality is concerned with the environmental sector and several awareness-raising actions are being promoted, mainly concerning the use of plastic. Sometimes campaigns are made at schools, for example, to bring the issue closer to the citizen, according to the mayor. Hugo Pereira also adds that the eco bins throughout the city will be replaced by new bins with a sunken bottom to provide more space for the disposal of the rubbish. The mayor also makes it known that the City Council collects large items for free, such as home appliances, so they are not deposited next to the eco bins and help to make Lagos a more ecological city. According to Hugo Pereira, the road is long, but the plan seems to be reaching its goals, judging by the placement of blue flags on several beaches in the municipality, for example. The City Council is also developing the SuSTownd project with the University of Algarve, a two-year initiative that aims to contribute to a more sustainable municipality, for residents and tourists.

Lagos is an open space for all people. From the surfer to the entrepreneur, the city has activities, restaurants, and accommodation that can suit any type of taste. Hugo Pereira describes the phenomenon as being the “individual identity” of Lagos, which, at the moment, in the mayor’s words, is also a safe holiday destination. Hotels and restaurants have been complying with all safety and hygiene rules and visitors can have “the same holidays as before, but with small changes”.

Article curated by Armona4 from The Portugal News 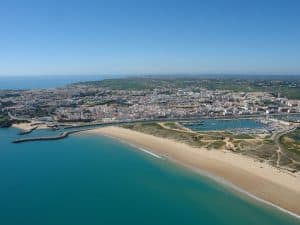 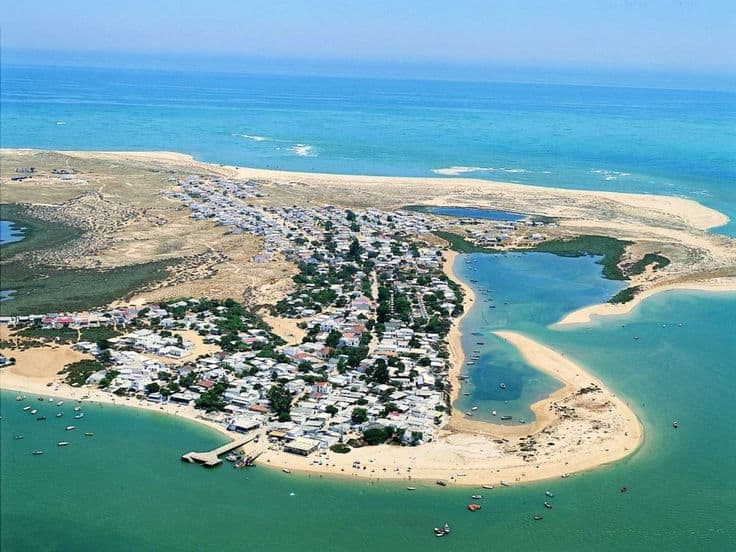